It is the glory of God to conceal a matter, but the honor of kings to search it out. Proverbs 25:2

I dreamt I was seeing a mass manufacturing of a biometric ID battery pack. It had 4 cells, shaped like 4 double A batteries that people were going to be required to wear. 2 of the cells were batteries to power it. One cell carried everything of one's id, the 4th and last cell was a mystery. Then it moved to 3 cells, then down to 2 cells of the manufacturing. EOD. 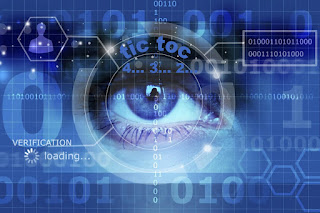 Interpretation - The biometric ID is a plan the globalist have to track everyone, but their current plans will not come to pass because this 4 cell pack was a countdown of time running out on the US as the global leader. Later, another form of tracking people will form, but this one was a countdown from 4 to 3 to 2, showing years left. While so many "bible scholars" will be touting a mark of the beast with their tunnel vision of it happening gradually through our present system, world War 3 will end it abruptly and egregiously. It is a “bio-me-trick” to divide and divert. This countdown to the end of the US as we know here will then, become a new global system formed thru Russia and China. This countdown has been shown to me in a few other ways. The United States has till 2024/2025.

There will also be a revolution in the US and much infighting. While everyone is diverted and divided in this infighting, the Spirit will direct many more people of God to prepare for Word War 3 by storing food and water and other necessities and getting to a safe, more rural place in the middle parts of the country.

In the battery pack, were only 2 batteries, which may also represent 2 more years, then a running out of energy on the nation will occur. Could this be the collapse of the currency? Or perhaps an event leading to further drain the US of it’s supply? Let us remain on watch for what that may be and pray for more to be revealed. From this dream, 2 years is September 2023.  I remain on watch to see what more God would unfold to me on that.

Lord Jesus, I pray you would awaken your people to see beyond the revolution and infighting and politics of now and what’s coming and help them to prepare for the hard times to come. The revolution and struggle is going to divert many into a trap of trying to save the nation, when you have already decided it's fate and judgment. Help us to endure and be prepared till you come shortly after , amen, In Christ, Weather